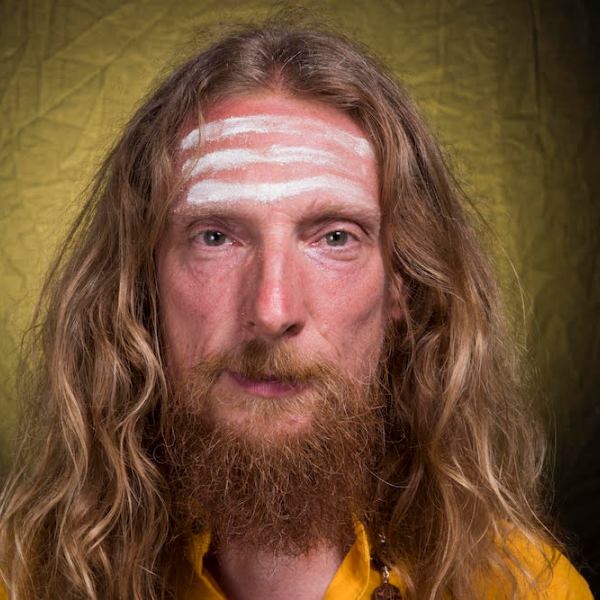 Mahadev started Meditation with Buddhist Master Tich Nhat Than in Plum Village in the 2000’s. Then he joined Sivananda Yoga Vedanta organisation in which he learned and eventually started to teach Yoga (asanas, pranayama, meditation) and Bhkati Yoga (mantras, chanting and music). Alongside with Yoga and music, Mahadev has studied numerology and Tarot and has got a full member consultant diploma at Connaissance School of Numerology of Royston, UK.

Mahadev’s musician background leads him to develop this much devotional and artistic part of Bhakti yoga. With Indian masters Pandit Vishvanath Shastri and Yagneswara Dixit he studied mantras chanting, kirtans and Vedic Numerology.

Mahadev OK creates a harmonious synthesis of different yogas whose goals are always to reach peace in the mind and contentment in the heart. We are one. This is the main message of yoga. It takes years to realise it, to accept it and to practice it.

We use cookies to ensure that we give you the best experience on our website. If you continue to use this site we will assume that you are happy with it.Ok